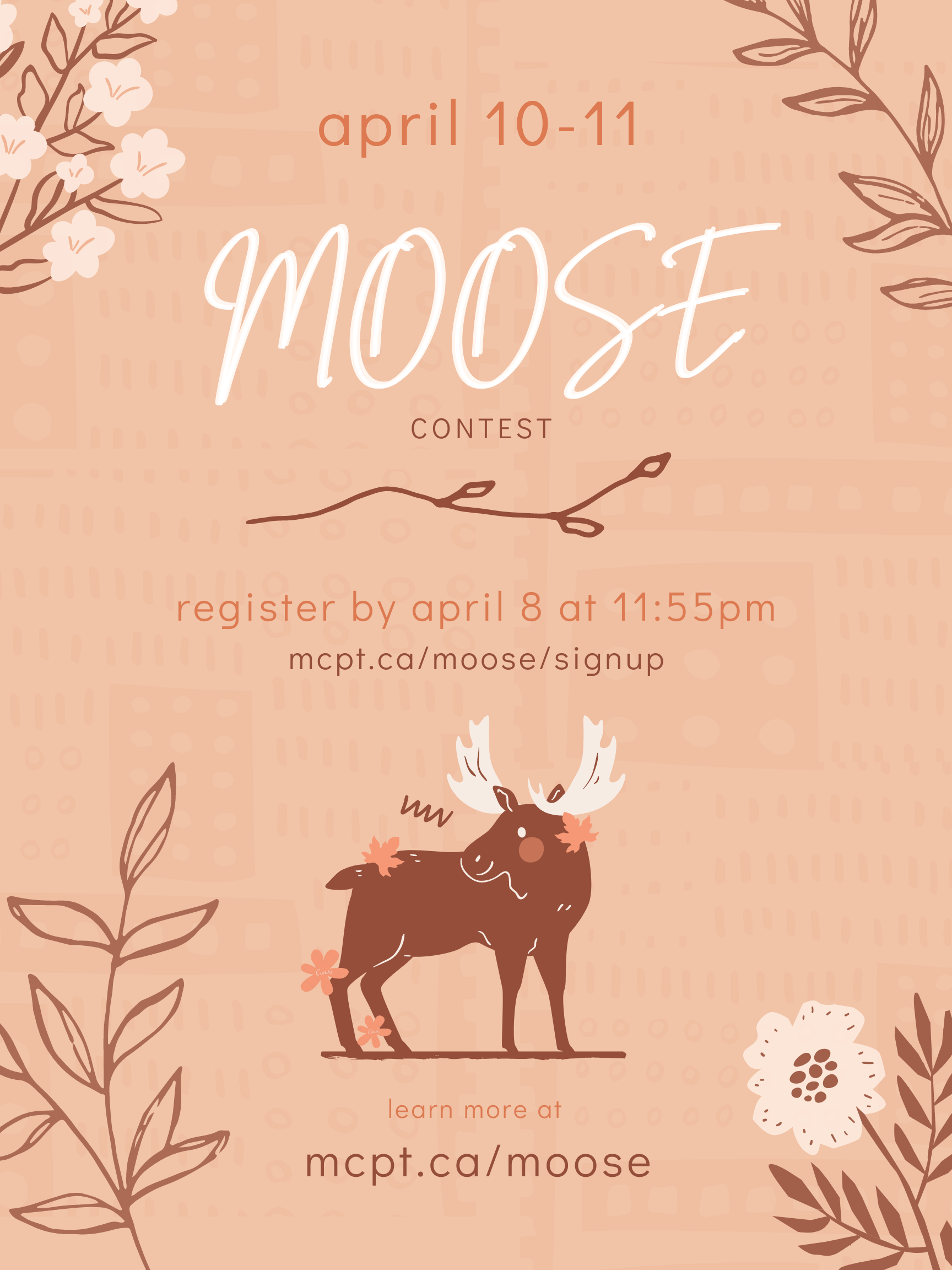 MCPT is excited to be hosting the fourth MOOSE contest of the year!

Between April 10-11, William Lyon Mackenzie C.I. will be hosting the March MOOSE contest. These competitions provide a wonderful opportunity for new programmers to learn, experienced programmers to practice, and all programmers to challenge themselves.

Students may choose 1 of 2 contest difficulty levels: Junior or Senior. The Junior level, generally chosen by Grade 9 and 10 students, is recommended for students relatively new to competitive programming. The Senior level provides much more challenging problems similar to those of distinguished programming competitions such as CCC and ECOO. This is generally recommended for more experienced programmers, though anyone is welcome to participate in either!

We have been fortunate to have problems written by notable programmers including Reyno Tilikaynen and Christopher Trevisan. Reyno is a recent graduate from Waterloo and has also contributed to the problem sets for past ECOO rounds. Christopher was recently awarded a silver medal at the 2020 International Olympiad in Informatics for his incredible display of knowledge in programming. Other contest problems have been written in house by problem writers from Mackenzie's Programming Team, including some CCO contestants.

Scroll to the bottom of the page for the registration form.

Students must register a team here or at the bottom of the page by 11:55PM on April 8 if a team was not previously registered.

Again, registration is only for teams who did not register for a previous MOOSE but would like to compete in all future MOOSE contests. Please DO NOT fill out this form if you registered a team previously. Registered teams are automatically registered for each month's MOOSE and will be able to simply join the contest on the online judge during the contest timeframe.

LATE REGISTRATIONS WILL NOT BE ACCEPTED, due to the time necessary to set up an account for your team. Once all teams have registered, additional information on how the judge works, and how to access it will be sent out to teams. Teams may decide which division (Junior or Senior) they would like to participate in on the contest days.

If you have any questions or concerns, feel free to contact: